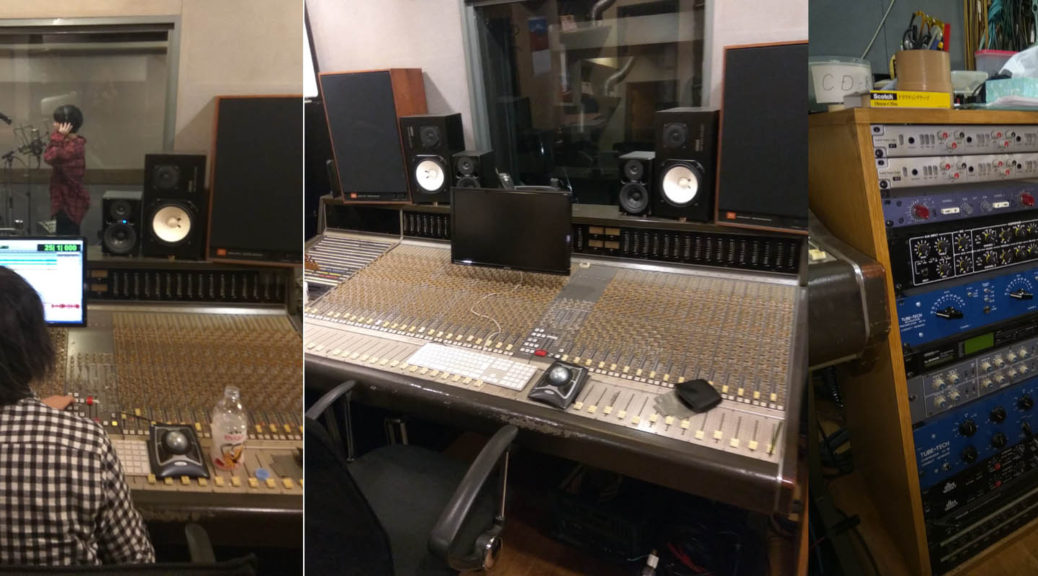 Recently my band has been making and writing new songs. And our band leader booked a day at a top end studio in Tokyo. For me it was a new experience. They had Neve, SSL,  & Tube tech and a wealth of other outboard gear.

A couple famous Japanese artists have been to this same studio. And I would say they had a nice sound. Of course, they use Protools.

I still use Sonar and Auto tune for fixing vocals.

I could upgrade to another newer version of Sonar. But honestly I`d rather get better physical gear, other than just cheao gimmicks in Software.

Anyways, I had a fun time in the studio. We recorded Vocals and guitars for Slingshotmillion2.

Other than that, that is what is happening on the musical front for me.

And face the music!!