The list of the song titles are as follows: 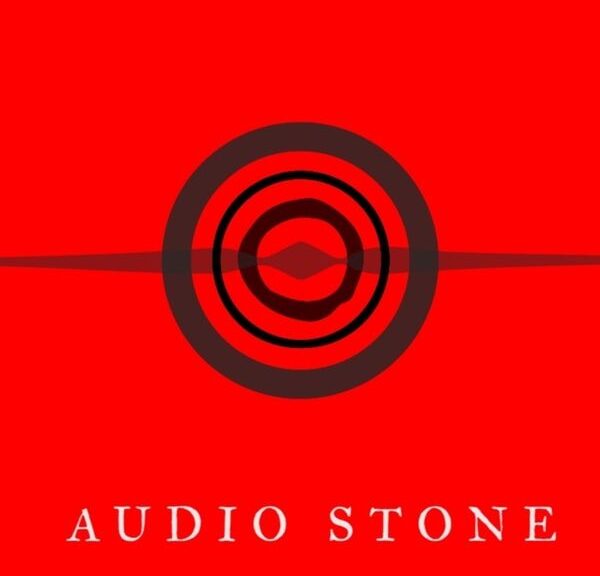 So, honestly speaking, we havent any need for an introduction. This Studio has been going since 04.

Audiostone started out with Singer Alfred, and guitarist Jesse.
They happened to come out with some steady songs, and repertoire of 18 songs, and more on the horizon!

Alfred has been living in Japan for nearly ten or more plus years, coming to the studio, to work with Producer Jesse Sou.

They will be soon be having a Photo Shoot out and about in the new dawn that awaits us all.

As for now, we give you the Tube`s slice of AudioStone.

“I mean you gotta start off somewhere, right?!”

“Give Him The Glory“

And if you want to help us out, or just plain, enjoy our music, here are the links:

We are also on Spotify as well.

She has been seen on the streets of Japan.
Bringing her Shenanigans to every corner of the known universe, as we know it!

She will be performing at live venues, in Japan, and hopefully in other countries as well.

We hope you enjoy her talent as much as we had fun creating her album- Mizukaze. Available on itunes & Spotify. 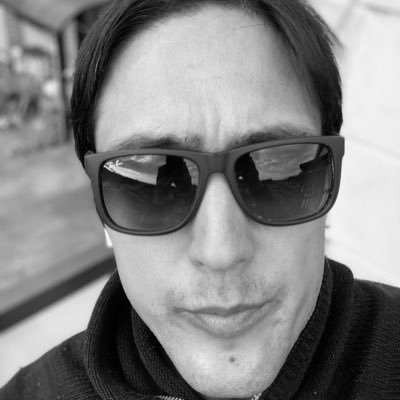 So, recently we`ve been collaborating with Singer Songwriter in California- Jack Trudel.

He is well known in his circle of friends, as a prolific Songwriter.
AudioStone, offered to cover his song called “No Right Way To Do Wrong.”

It is a POP song on the advantageous spot of viewing things in a more enlightening matter.

We came to the conclusion, that the song needed a work-over. So, we opted for using real drums, through Edcore, and Cinemag Transformers.

For guitars we used the Womanizer by Damage Control, And the DLSMK3 pedal, as well as an assortment of EHX pedals.

Bass was tracked through the DI on the BLA 173 through the FMR AUDIO PBC6a Compressor, going through RME AD/DA. Into an Imperial DAW.

Stay tuned for- The Forged Mountains, by AudioStone.

Available real soon, on itunes, maaaybe Spotify, and if youre lucky and are being a good boy, then maybe Amazon.

P.s.
The album`s date is not decided yet. but we are working on the final touches of Promotion, as well as getting the songs up on YouTube, for your demoing before purchasing, particulars.

Ok! Thats it! From Jesse here at Stillbliss!

This is a new album by Canadian artist, Lady Peacock.

She is a prolific singer songwriter from Canada.
And has come to our studios, over the past two years.

She works at a local school, and is a College grad.

The album will be available on Amazon, Spotify, and itunes on February the 18th. 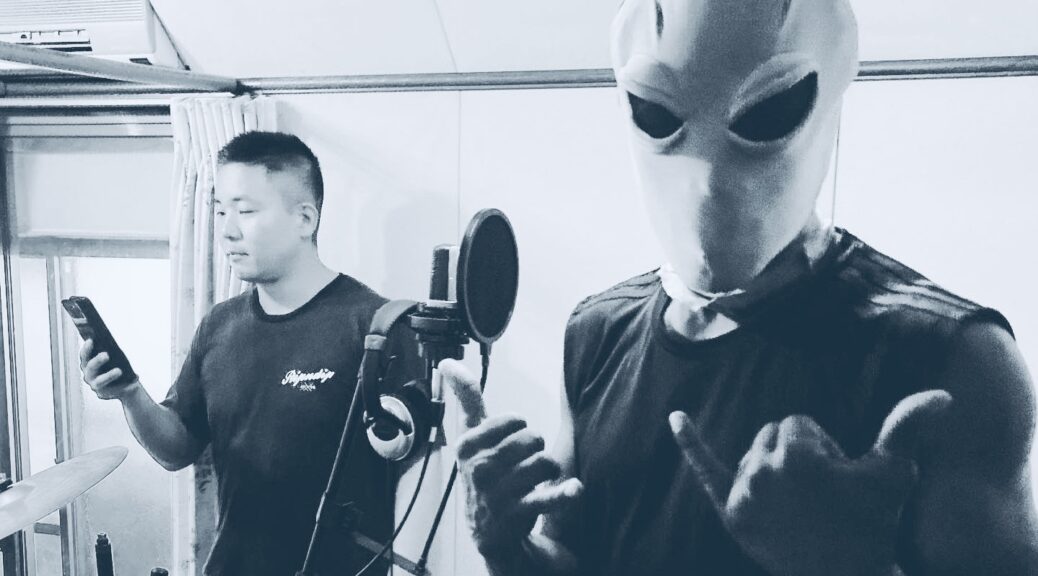 So, actually, we have been working with The Local Aliens, which are a group of three guys.
One from Jamaica, one from Korea, and the other from Japan.
They`ve got a very unique sound, that is trippy, and yes, very alienish. If thats even a word.

They came to the studio for two days consecutively. After the first day was done, they stayed at our stations local hotel, then came back the next day to finish the songs.

Their piano guy, Is working on sending me the last bits of the Stems for the tracks.

They are a vibrant few! Their singer actually is a daddy here in Japan. Which he is doing the best job he can to make her and her mommy happy!

Today. Im going out to meetup with some fellow english teachers here in Kanagawa Prefecture.
It is one of the guys birthday today. And my client Jacquie Shindel, has invited me now for the second time!
Thank you Jacquie!

She also used me as a model for her album photo shoot!

Today is going to be a great day!
Why? Well, for one, the typhoon has passed, leaving in its wake, a beautiful crispy autumn sunny day!

And last but not least we have Chris`s new tune. “Fuck You“
Perfect for toning down those maskers we see everywhere!

So, Im going to leave you hanging here. Sorry!
But we will post more details as The Local Aliens are being completed.

So, Yesterday, we worked on Mastering Lady Peacock`s Seven Track EP.
We are going to release it on Cd Baby, As well as Digital outlets, ie; Itunes, Spotify, Amazon, etc.

This is one of the pictures from the photo shoot for the promo of the album, Called Mizukaze, which means Water wind in Japanese.

This will be released on Stillbliss Records!

Hope you guys are looking forward to new music.

Stay tuned for details later on!

So, thing goes, we`ve got a new band on the block.

LOL, Well, not REEEALy. But hey, its a free world right?!
Yesterday, and today, we worked with Juni, and Richard, from The Local Aliens band.

It took us two days to record seven songs.
They are purusing the songs as we make this blog post.
Yes!

They are a cool band consisting of three guys!
One is a dude from Jamaica, and he used to perform on stunt bikes in Jamaica for different sponsors.
But, now that he has kids, he needs to tone down his herecy.
Yes! Dads are an important part of life. Which the dude has one.
He is married to a Japanese wife.
Next up we have Juni. well, Hes, well, Single.
So ladies perk up your antennas.
Weve got a new kid on the block.
Well, not THAT new. but hes a dope A## nigga. that can rap the Shi% out of a song.

Both dudes, actually rap in this band. But yes. The Alien you see here, he`s the main frontman for the Local Aliens.

We used our ever so Trusty setup, of RME converters, into Sonar.
Using the ever so lovely sounding AKG C214. Which rocks the same Capsule as its big Daddy, the AKG 414.
We run that through our ever so trusty rusty, FMR AUDIO PBC 6A, going through the Black Lion audio BLA 173.

We actually dont need anything else.
It sounds dope as hell.
If you want to hear the final product, then go to your local Convenient store and pay for the itunes card to get your slice of STILLBLISS Magic.

So far we recorded, I think their whole new EP, on the BLOCK!
We are just waiting for his Piano player to put some parts down. then We mix that magic in.

Then off to the mastering house.
Which, um, is us!

Yeah. Good times were had.

Stay tuned for the release dates, AND links! 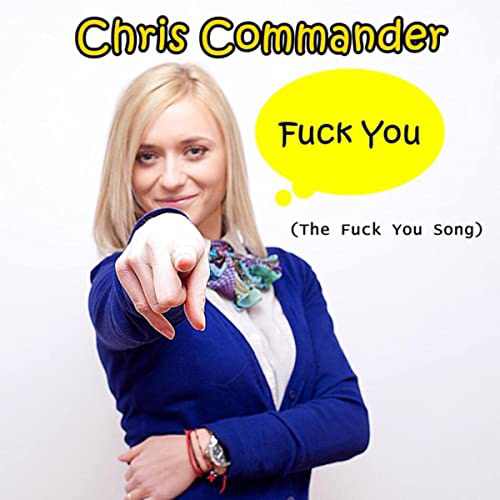 It has come to that part of the stillbliss day, where we let you know that Chris Commander has put out another tune on our ever so trusty label.

He as been using us almost with every release.
This time we are harping on the part where everyone is telling you what to do.
Like: “Take the shot” or “Wear a Mask”!

Look at what God wants you to see.
And try a bit of Chris Commanders take on the world.
Also available on Itunes, and spotify, As well as most other digital systems.